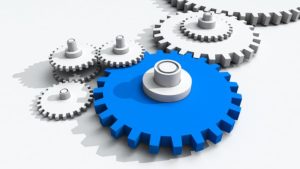 This is a short status update on what is happening within the KinGuard Project.

Since the 18.06 release we have been working hard on getting the code more flexible and thus be able to support more hardware/virtual platforms.

To give some background the KinGuard Project started with the code base provided by OpenProducts where it powers their OPI and Keep products. Initially OpenProducts developed this custom made specifically for the OPI hardware in 2014 and later, 2017, updated to support the Keep as well.

The KinGuard Project ambition is now to take this to the next level and make the software stack readily available on a more general level.

Since KGP is based on Linux and more specifically Debian really without any hardware dependencies it should be able to run on any device able to run Debian stable with decent performance.

Short term the ambition is to support the Intel/AMD CPU architecture enabling usage on any PC like hardware or on Cloud instances, yes you read right.

The longer scope and ambition is to better break up the different parts of the KGP software, such as backup storage initialization etc, and to create an API and plugin architecture to better allow integration with other projects and services.

We would of course love to hear what platforms and/or services should be supported? KGP to KGP backup? Backup to remote ssh share, rsync? VPN integration?